Volatility is the variation in the prices of equities and VIX is an acronym that indicates the volatility index of the Chicago Stock Exchange. The acronym stands for Chicago Board Options Exchange Volatility Index. Also known as the fear index of the U.S. Stock Exchange, it is kind of a thermometer which provides a measure of investor anxiety or rather risk aversion. There are two other parallel indexes, the VXN and the VXD and usually their trend is parallel to that of the VIX’s. Volatility index was created based on the prices recorded on the call and put options at the end of a month which in practice constitute a bet that its price will rise or fall and by how much.

The VIX rises when the stock market falls and falls when the stock market is in positive territory. The portion 20 is considered by insiders as the limit beyond which the market turmoil signals, ie high variability of prices. In winter 2008, the time of the bankruptcy of the Lehman Brothers, it had touched a record high of 90 points. 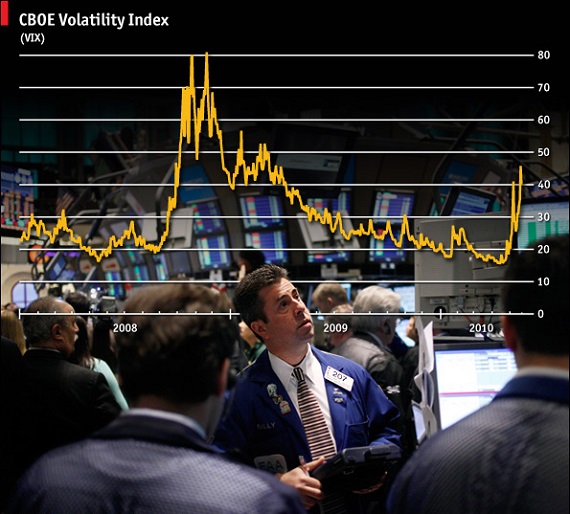 In recent weeks, the VIX has exceeded the level 20 and then dropped a few points. The situation is not alarming but it signals a certain nervousness on the part of U.S. investors due to the latest moves by the Federal Reserve which announced the end of the purchase of bonds and the unsatisfactory outlook on GDP growth, falling unemployment and the decline in purchases of homes in the USA. The importance of the VIX is thus indicating the greater or lesser financial fragility of the period we are going through.

TweetSince the global financial crisis a decade ago, investors have been cautious about putting their money into stocks and shares, knowing that these can…