Comparing recent chart patterns and price action to similar events in the past is the second level of technical analysis. This approach assumes that history repeats itself, namely that the chart will behave the same way with minor differences at most, which in turn allows a practiced chart reader to enter or exit positions at the best possible time.

Analyzing chart movements in the past revealed to traders that certain, well defined and recognizable movements on the chart led to significant gains or losses in the underlying instruments price. Moreover, it turned out that the outcomes could be predicted with relative safety and had a high chance of success.

Thankfully, chart patterns are usually simple combinations of supports, resistances and trendlines which together create easily recognizable patterns, and have received easy to remember names from traders.

An interesting fact is, that throughout human evolution a major trait that helped humanity to survive the biggest hardships is a very unique trait: pattern recognition. We were not the fastest or biggest animals, or those with the sharpest claws or teeth. However, for millennia humans have watched the night sky before somebody noticed that when some “lights on the sky” (stars) reach certain positions the cold season will soon arrive, or the drought will end. This allowed humanity to prepare and get an edge. 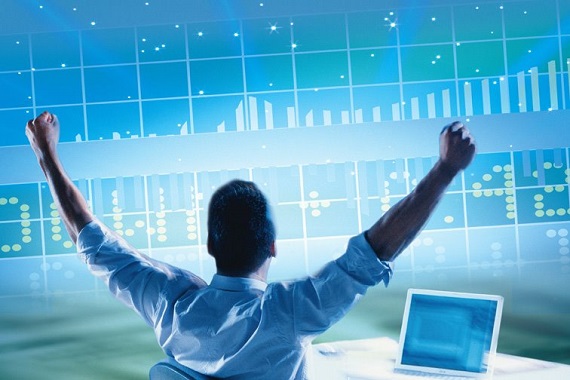 And an edge is all you need when it comes to forex trading. Fortunately, the ability to read chart patterns correctly does not have to be a secret. It is somewhat self fulfilling, and the more traders expect the same outcome the greater the chance that this event will sooner or later come to pass. The simplest of these chart patterns is when the price action bounces back from the same support or resistance twice in a row. When the price bounces back from a resistance and can not break higher then that is called a double top, whereas a double bottom forms when the price bounces back from a support and can not drop lower.

Conventional wisdom states that the further the two bounces the more significant the resistance will be. Obviously the double top has to be preceded by an uptrend and the double bottom by a downtrend, as these patterns are trend-reversing patterns.

A unique feature to the forex markets are however the speed and unconventional characteristics of exchange currency pairs. Fundamental analysis plays a much bigger role than chartists would like to admit, but nonetheless it is possible to trade solely by the chart. It is important to take into consideration however that there is a much higher chance of fake breakouts or breakdowns from a usually high probability pattern. These bear or bull traps are more frequent but can be avoided with experience and a good money and risk management system.

A more sophisticated way to trade via charts is similarity analysis. This method usually requires the help of powerful computing and can hardly be done by eyesight, but the essence of this method is the same. A computer is looking for similarity in the current price action by scanning and comparing it to a database of past movements. The results state whether an uptrend or a downtrend is more likely, and the trader can act accordingly.

When is the best time to trade?

As a quick summary here are some key entry points to look for when trading forex:

Tweet70 per cent of Italians ask for funding to go on vacation. This emerges from a survey of Adnkronos, just three weeks from Christmas…