On Thursday 18th September 2014, Scotland’s 4 million citizens will vote on whether to remain part of the UK, or to break away and become an entirely independent country for the first time since 1707. Opinion is sharply divided, both within Scotland and throughout the rest of the UK, as to whether Scotland would be better or worse off going it alone. According to the agreement signed by First Minister of Scotland Alex Salmond and UK Prime Minister David Cameron, the terms of the separation will be agreed only after the referendum (assuming the Scots vote for independence). This means, as it stands, the people of Scotland are being asked to vote on independence without a clear idea of exactly what this would entail. Due to this uncertainly, there has been a great deal of speculation about exactly what the effects of Scottish independence might be. 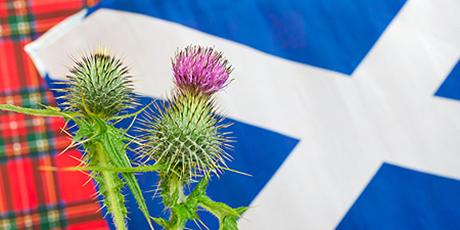 At the moment, although people pay the same rates of tax in every part of the UK, the way the government allocates public money is not equal and is governed by a system known as the Barnett formula. Under this system, the UK government spends, on average, £8,623 per person in Scotland, compared to only £7,121 and £8,139 in Wales. This means, in effect, tax payers in other part of the UK are subsiding public expenditure in Scotland − something which would cease immediately if Scotland wins its independence. As a result, the new Scottish Government would either have to find new sources of revenue, increase taxation or significantly reduce public spending. If either of the latter, this could end up making Scotland a less desirable place to live and less competitive business environment.

There’s also a strong possibility that independence would have an effect on Scottish people’s personal finances. Anti-independence campaigners have argued that uncertainty over independence has already led to a decrease in sales of larger properties. Independence could also have a negative effect on mortgages. According to a UK Treasury report “it is rare for mortgages to be sold across borders given the complications of operating across the differing tax, regulatory and legal systems of different states.” These extra complication could dramatically decrease the availability, or increase the cost, of mortgages to Scottish citizens, which would have a knock-on effect for the housing market, ultimately driving down prices. Pro-independence campaigners, however, argue that independence would give the Scottish government the power to introduce new schemes designed at boosting mortgage availability and improving people’s access to the property ladder in other ways.

Alternatively, the freedom given to the Scottish Government to set their own taxes and interest rates and offer business subsidies, could give Scotland the opportunity to remake itself into a modern business hub. With the right financial incentives, companies could flock to Edinburgh or Glasgow to take advantage of a favourable business climate and excellent transport links with the rest of Europe. This could create job, bring money into the local economy and, ultimately, bring in more money from tax than is lost through the initial incentive deals.

Currently, as citizens of a constituent part of an EU member state, Scottish people have the right to live and work anywhere within the EU. However, if Scotland achieves independence, it will not automatically remain a part of the EU. European Commission President Jose Manuel Barroso has said “a new state, if it wants to join the EU has to apply to become a member of the EU, like any state.” Nor would admittance to the EU happen overnight. The negotiations required for a potential new member state can take months, or even years, during which time Scottish citizens would, presumably, have no automatic right to live or work outside of their home country. Pro-independence campaigners may hope that exceptions would be made, or that Scotland could receive fast-track entry to the EU, but there is no guarantee that the new nation would get any special treatment.

Border control is one thing, but moving home across the border is another. It’s unlikely that Scottish Independence would lead to a mass movement of people either in or out of Scotland, but there could be repercussions in the property market. Consult an experienced removals company north of the border, such as Removal Services Scotland, to ensure a trustworthy service in what could potentially be considered an international removal come 2015.

TweetYou both made a promise to love each other until death do you part. However, we all know that simple troubles can lead to…