When a country is in crisis there’s no money so the trade surplus is a logic output. With no money imports sink and companies seek life outside. Eventually trade surplus appears and that is what is happening in Spain. If continued for too long the country could recover as money goes back into the economy from outside.

The case we address today is football in Spain. You know the story we’ve had a bubble football with spectacular signings debt basis. Now there is no money. What happened? Well, this year the Spanish League has had trade surplus. The difference between bought and sold players is 140 million, the second highest in the world after Brazil. This can only mean one thing. Football bubble has burst and rapidly. Teams cannot keep their budgets without selling players. The League of the stars has come to an end, although there is much inequality between Real Madrid, Barcelona and the rest. 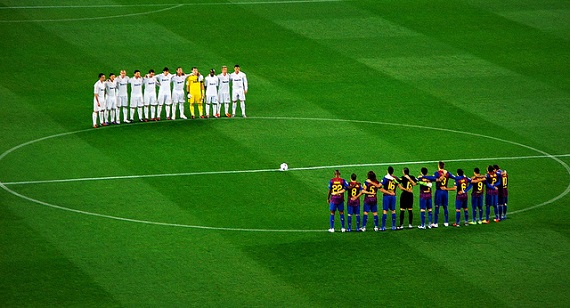 Spain faces good news. The sustainability of the league cannot pass through the public purse. Recall that we have teams like Valencia which are public by default loans by nationalized banks, millionaire debts with the IRS and other covert aid. Hopefully this will stop once and the first thing is to have trade surplus. Withdrawing money from under the stones.