It was the moment when, a few years ago, financial collapse hit that it became increasingly difficult to find any form of new finance. Businesses failed, banks became edgy about lending and businesses were left struggling to use traditional avenues when it came to raising money. 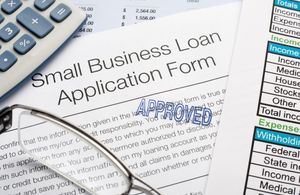 That’s how alternative methods of lending wormed their way into the public consciousness, popularising a new array of lending options that have grown to a colossal size – popular finance website Credit Today recently reported that the alternative lending market is set to balloon to a value of £1.6 billion in 2014.

It’s led to an exciting time for the business with its eye on new funding, where suddenly a whole host of other avenues have opened up and are helping businesses with financial success.

But, what exactly are the alternative lending options open to a cash-hungry company?

A great way to capitalise on “bad debt”, invoice discounting allows a company to trade its unpaid invoices with a lender who, in return, will pay them a percentage of the invoice back, usually at a rate of around 80%.

Where it differs from a process such as, say, factoring is that, as customers pay their invoice back, the maximum drawdown will remain at 80% of the sales ledger.

Generally an option open to the more well-established business, invoice discounting still stands as an ideal way to make good on as yet unpaid debts, making it a great way to gain cash fast.

Now a phenomenon that’s bled into the public consciousness after a number of high-profile funding ventures, crowd funding has taken smaller enterprises by storm over the past few years.

Essentially, crowd funding is where a business or individual tries to coax the good people of the internet to give them money for their project, and in return the backers will receive some kind of reward promised in advance.

Used predominantly for more creative ventures, the crowd funding industry has provided budding filmmakers, games developers and musicians with wads of cash that they’d be hard-pressed to find elsewhere.

However, a newer form of crowd funding has emerged in the form of equity-crowd funding, in which a business gives away a certain amount of its equity in return for a set level of investment capital.

So, get on the web and join the crowd in crowd funding!

TweetAs the internet continues its global domination, we’ve moved into an age where large commercial properties are becoming immaterial to small businesses. After all,…