China’s economy will expand by a slower pace this year than in the 1990’s, who would not exceed 7.6% of Gross National Product, according to a member country’s government relied on the official New China News Agency. The development of China’s second largest economy on the planet is weaker than that of 2012 and the lowest since 1999, as the government warns that there are challenges that view may slow further expansion.

The recovery of the world economy characterized shaky and demand for Chinese goods abroad decreases, while inside, labor costs and problems caused by environmental pollution are increasing and the government has made inadequate investments in industry. 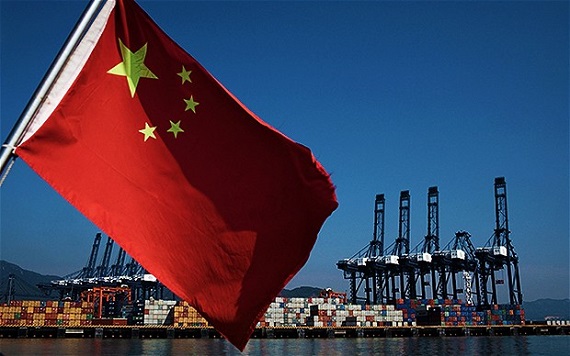 The growth rate of 7.6% this year, if verified, would prove, however senior government forecast. However, the targets set in the budget in the past had proven conservative and usually had far exceeded.

The Chinese government has made structural reforms top priority, as it seeks to transform the economy, shifting the momentum of the external to internal demand. In efforts to happen such a transformation would be expected lower economic growth, has declared the Prime Minister of China Li Ketsiangk. Many economists point out that China needs a growth rate of 6 to 7% of GDP to ensure sufficient job growth and solve developmental problems.

TweetTurkey proposes to Russia to directly use the national currencies of the two countries in their mutual calculations in the framework of foreign trade,…