We have followed the story of Greece from the beginning of the appearance of the crisis. While the press was interested in political and financial aspects, we tried to keep the light on the consequences of misguided European choices on the daily lives of the citizens of that unfortunate country.

Ever since the beginning the feeling was that it was a gigantic mass experiment perhaps to see how far it could deprive the people in a few months up to an entire population before seeing a reaction or to actually implement a scenario and study it before a possible large scale application. Conspiracy fantasies of course since no one at the table decided to use Greece as a guinea pig. Although as many conspiracy fantasies, it is actually a reassuring hypothesis. It would be a much more terrifying fact than the idea that it all happened due to a mix of incompetence, greed and indifference, a mix that could still occur unexpectedly at any other place. 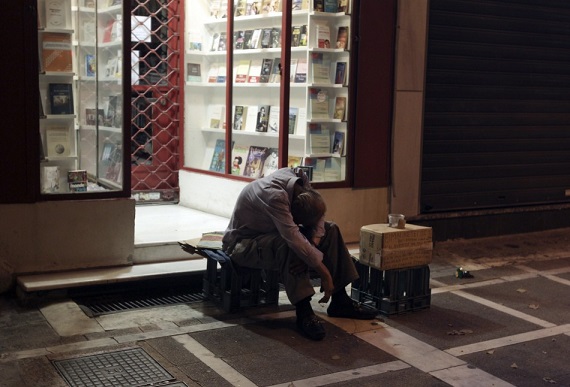 Students from around the world gather in Athens this spring to engage in field studies organized by the respective universities in New York and Paris. They are carrying out an observation of the Greek economic crisis, a country that has become a case study for the economy, political science and journalism.

Field research and participant observation may ring a bell as studies in anthropology. It is not true that Greece is a great laboratory for real tests about the impact of Western civilization and how can they observe the result of fifty years in a few months? Who knows what those students will write in their thesis when they have returned safely to their homes.

TweetHow do you really wow your clients, or make your staff feel rewarded? One way of doing both is choosing the right venue for…