Fears of a maxi capital increase send Lloyds on the carpet the listed shares on the London Stock Exchange, which lost 4% slipping to 26 billion market capitalization. According to the Times and the Daily Telegraph, the British banking giant insurance, would be to launch a capital that will increase 15 billion pounds (17.6 billion euro) in order to reduce the cost of guarantees that Lloyds pays to the government to support its activities. 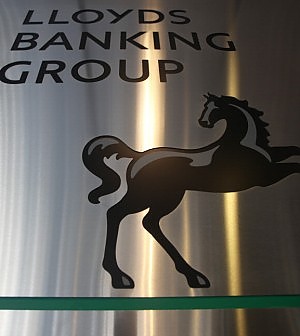 It would be the biggest capital increase ever launched by a British company and it is intended to overcome the one from 12.5 billion launched 2 Aprils ago by HBOS. Clearly, the market reacted negatively to the operation, because only a few years ago Lloyds had been saved thanks to the intervention of the government, and now they could ask for resources to investors to repay their interest in public funding as in the U.S. have already made giants including JP Morgan and Morgan Stanley. In addition, according to investors there would be no market conditions for such an operation and it is unclear whether or not the government would adhere to this maxi recapitalization, a capital structure that can be exponentially explained if you visit the Lloyds of London website.

Lloyds had in fact avoided bankruptcy thanks to the intervention of the government that after investing £ 17 billion of public funds, it became the largest shareholder with 43% stake, while reserving the right – under certain conditions – to increase its share even up to 60%. The goal of the state was in fact to give Lloyds the resources needed to reduce the cost of insurance coverage for toxic assets assured through the Asset Protection Scheme (Apc, a maneuver similar to the public American Tarp and Italian Tremonti Bonds). With this solution, Lloyds has secured non-performing loans to 260 billion pounds but they are now worried about the £ 16 billion of costs related to participation in the program Apc. On this point, said a spokesman of the bank, they are in negotiations with the Government.

TweetA lot of money for Microsoft, however this time it is not income but a maxi fine imposed by the EU. The rich also…