Consumer and business groups will release a scathing report this week that will slam the UK’s energy policy as inappropriate and unreasonable. A leak from the report states that the UK is “sleepwalking into blackouts.”

Powerline, the name of the group behind the report, said that businesses are furious over an energy bill that relies on expensive and unproven renewable energy schemes while ignoring proven and less-costly traditional energy schemes like power stations run on natural gas and coal-fed energy generation plants. This government energy bill is expected to be given the okay by Royal assent later in 2013. 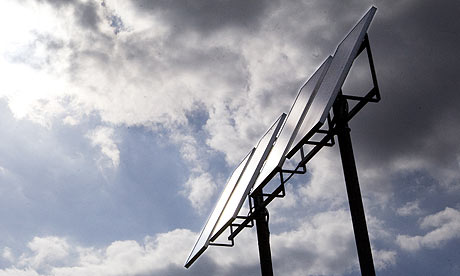 The group is ringing the warning bell that expensive renewables will impose more costs on businesses and individuals who are facing the threat of a triple-dip recession. These greater energy costs will hammer the UK economy and make the country less competitive in the world, Powerline stated.

“Our ambition is to stop Britain sleepwalking into blackouts, soaring energy bills and a desert of lost jobs,” the report said.

This report appears just as it was revealed that the UK almost ran out of gas in March. Britain’s stored reserves had dipped down to a two day supply. The situation became so precarious that the BBC reported the arrival of ships filled with liquified natural gas from Qatar. Each shipload represented six hours worth of power and heat for the UK.

The Spectator found the situation so bad that it led with a story about the UK’s energy crisis with this headline: When Will the Lights Go Out?

This news didn’t create a sensation due to the death of former Prime Minister Margaret Thatcher. The last gasometer could have flatlined on April 8, causing blackouts across the UK. Fortunately, warmer spring temperatures arrived in time to lessen demand for energy to heat homes.

The UK is apparently sitting on a shale natural gas supply that could prove larger than the oil found in the North Sea, according to a British Geological Survey report. The current government is allegedly sitting on the report and seeing it as a problem rather than a solution. This shale gas could come online in two or three years.

The Spectator article pointed out that dozens of secretaries of state failed to offer a long-term solution to supply consumers with energy. The UK now boasts the most efficient energy supply system in the world. What it lacks are new power stations. These power plants have been subjected to long and costly delays.

The BBC website warned in a headline that the “UK energy industry leader warns that lights could go out.”

In the report, Ed Davey said that UK households are being pummelled with rising global gas prices. Davey is the Energy and Climate Change Secretary of State.

Davey stated that price hikes are beyond the government’s control and will likely continue rising for the foreseeable future. Davey is asking that UK consumers think more seriously about solar panels, wind farms and backing the government’s Green Deal scheme. Energy plan comparison websites like PowerExperts also contribute by making it easier to compare electricity and gas plans from providers such as EDF, Shell, CNG and many others, forcing suppliers to become even more efficient.

Angela Knight, head of the energy industry’s trade group Energy UK, questioned the government’s decision to shut down coal-fired energy plants when wind power is not ready to fill the energy gap.

“If we are shutting down so many and haven’t got a timetable to rebuild, we are heading for a very difficult pinch point,” Knight said.

TweetThe question of how much life insurance you need is far trickier than you may think. It will take some steps to figure out,…