The basics of banking as we know it today in the UK and US are largely based on The Bank of England – first established in 1694. The US took on many of the basic principles from this model, but there are still differences between the two. In the UK, most consumers are content with using cash for purchasing. In the US, however, contactless and card payments are preferred. This may be because cash machines charge a fee to withdraw money, whereas in the UK ATMs are usually free to use. 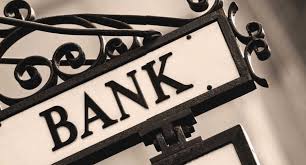 Setting up a bank account in the US is pretty straightforward. In most cases, it can be done in a single visit, and the account holder leaves with everything he or she needs to start banking right away.

In the UK, new account holders can expect to wait up to 10 days before the account is set up. However, banks are usually more lenient when it comes to overdraft fees and bouncing cheques.

Because of consistent failings in the banking sector – especially within the last five years – faith in banks has been dropping. According to a survey by the Yorkshire Building Society, 34% of consumers have lost more faith in the financial sector than in the previous year.

Banks in the UK are essentially businesses, and their conduct reflects this. Owned by shareholders, they pay them a dividend if successful. This means that in essence, banks are run for the benefit of shareholders rather than their customers.

Building societies differ in that they are owned by their customers. Members are able to have a say on the running of the company, and while they are known for specialising in mortgages, they are able to offer banking and financial services too.