The benefits of cycling are often discussed – health and fitness, a quick way from A to B, kind to the environment and so on. In major cities like London cycling is THE mode of transport for many commuters, couriers, students, tourists and more. But there is one vital daily journey that is not made on two wheels so often – the school run.

There are multiple reasons for this. The car remains a regrettably popular choice for dropping off and picking up our offspring at school – in some parts of society this will be about luxury and status, why should little Tommy walk all that way when he can play on his iPad with the air conditioning on and that woman from the PTA can see the new Mercedes?; and in other parts the car may be the strained and necessary workhorse of a household where bicycles and bus passes are luxuries beyond affordability. It may be an issue that could easily happen in any part of the social spectrum – the parents have never cycled and/or can’t cycle. 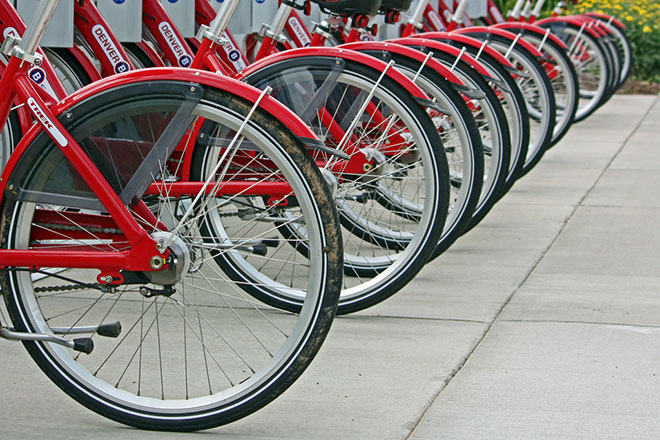 We are therefore presented with a whole host of issues: preaching healthy lifestyles and carbon footprints to the younger generation yet bundling them into a gas guzzler twice a day; transforming quiet residential streets surrounding schools into congested scenes that would send a Los Angeles traffic cop running for cover; and of most concern putting young lives at risk – kids are prone to running out on roads and this becomes even more hazardous when there’s a herd of Range Rovers around.

Thankfully charitable social enterprise Wheely Tots, started up in 2012, is on the case of educating parents about a cycling school run. It is currently aimed at families with younger children, but this will hopefully encourage parents to start a habit of a lifetime at an early stage.

Based in North London Wheely Tots started off by doing some trial nursery runs on specially adapted cargo bikes – bicycles with a wheelbarrow like front that is equipped with benches and Y belts to safely strap the children in. Their research helped them to debunk some myths and to gain some practical experience that would assist in progressing the enterprise.

In 2013 the project was set up with support from Well London, Manor House Development Trust, Transition Finsbury Park, London Cycling Campaign and independent energy experts Green & Castle, who structured the grant application as part of their corporate social responsibility.

Wheely Tots now offers a number of services, all with an aim of encouraging North Londoners to cycle more regularly. Central to their services is the opportunity to hire one of their two cargo bikes free of charge – the bicycle can take three toddlers and the tricycle version four, and rain hoods are also available on request. In addition they offer one to one and group cycling sessions, bike repair and service and impartial help and advice.

If future generations go on to cycle in London even more than their parents’ generation, we may well have the inspiration of a small enterprise called Wheely Tots to thank.

TweetAccidents and injuries occur across the UK every day, and some of these can have a serious impact on the lifestyle of the individual…