The french President Francois Hollande announced that there will be a public spending cut of 50 billion euros for three years 2015-17, equivalent to a 4% decline in spending by national and local authorities in the country. In 2014, they will save 15 billion, Hollande said at a press conference at the presidential palace in the presence of 500 journalists and members of his government. From 2015 until 2017 will result in another 50 billion. This has never been done, he added. 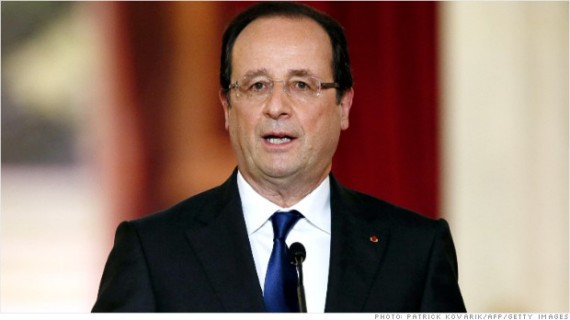 These savings will be achieved through a thorough review of all public spending. Simultaneously will be asked by local authorities to work more closely and efficiently, while maintaining the social model of France, noted the president. At the beginning of the interview Hollande, who is trying to cope with the difficult economic situation of the country, had announced that by 2017 it will promote tax relief of 30 billion euros for companies and freelancers.

He set a new goal that by 2017 will come the end of family contributions for businesses and freelancers. This equates to 30 billion, he said, stressing that it is imperative France to recover the economic momentum.

TweetIf you really want to make more money than you’re earning now, you should invest. There are plenty of ways to double your funds…